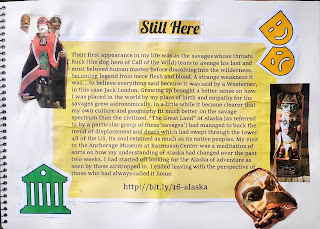 Their first appearance in my life was as the savages whose throats Buck (the dog hero of Call of the Wild) tears to avenge his last and most beloved human master before dissolving into the wilderness, becoming legend from mere flesh and blood. A strange weakness it was… to believe everything said because it was said by a Westerner, in this case Jack London. Growing up brought a better sense on how I was placed in the world by my place of birth and empathy for the savages grew astronomically. In a little while it became clearer that my own culture and geography fit much better on the savage spectrum than the civilized. “The Great Land” of Alaska (as referred to by a particular group of these ‘savages’) had managed to buck the trend of displacement and death which had swept through the lower 48 of the US, its soul retained as much as its native peoples. My visit to the Anchorage Museum at Rasmuson Center was a meditation of sorts on how my understanding of Alaska had changed over the past two weeks. I had started off looking for the Alaska of adventure as seen by those airdropped in. I ended leaving with the perspective of those who had always called it home.

[Part of the Series: Notes from the Last Frontier] 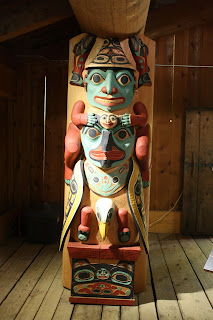 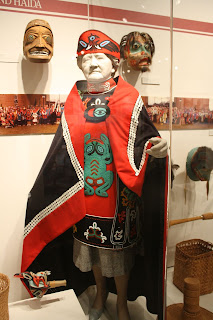 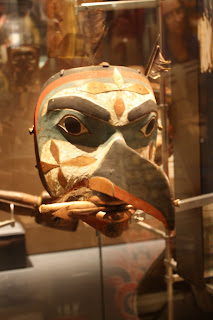 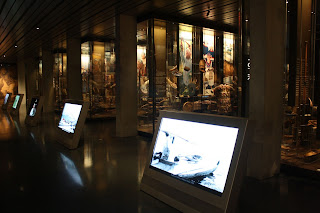 Email ThisBlogThis!Share to TwitterShare to FacebookShare to Pinterest
Nature of the beast: An American Prayer, Wanderlust